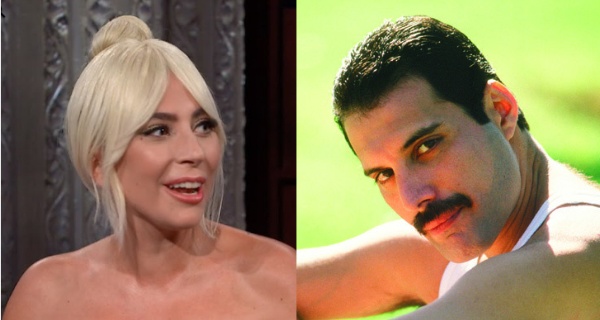 In the past couple of weeks, I’ve watched two remarkable films: A Star is Born with Lady Gaga and Bohemian Rhapsody about Freddie Mercury and Queen.

There’s always a lot to learn about success from rock stars. The most successful ones put in a huge amount of time and hard work to get to the top.

In a recent interview with Stephen Colbert, Lady Gaga spoke about her early days:

“I knew I had something to say and I knew I wanted to say it. I was dragging my keyboard around everywhere in New York City and banging on everyone’s door. I was doing everything I could; I was really working it and I really believed in myself.”

In Freddie Mercury’s case, he joined a band called Smile as their lead singer and started writing songs. He changed the band’s name to Queen and convinced them to sell their van to produce their first record. And that record led to their first US tour.

Both Lady Gaga and Freddie Mercury had an unwavering belief in their talents and the energy to keep on pushing until they achieved their dreams.

They didn’t care about rejection. Lady Gaga knocked on doors. Freddie Mercury canceled Queen’s record contract with EMI because they wouldn’t make Bohemian Rhapsody a single. It went on to become one of the most successful rock songs of all time.

They had guts, a singular vision, and real perseverance in difficult circumstances.

Are you 100% committed to the success of your business?

Are you willing to endure difficult challenges, disinterest in your offerings, even rejection?

Do you believe in yourself and the difference you can make in the world?

Will you do what it takes to get your message in front of anyone who will listen?

Being a rock star doesn’t just mean being a great performer.

It means knocking on doors, standing up for what you believe in, taking risks, making mistakes, looking foolish, and never giving up.

As a self-employed professional, it means being authentic, giving real value, producing solid results for your clients, and loving what you do.

It doesn’t mean finding the so-called “killer marketing strategy” that’s over the top with hype, gimmicks, and empty promises.

No, it means finding your true message that both resonates with your ideal clients and that empowers you to take action.

And only you can find and deliver that message.

That’s what rock stars do.

Lady Gaga and Freddie Mercury did it. Why not you?

How to Write a Client-Attracting Article5 min read

I keep getting questions about how to write client-attracting articles or reports.  One of the most important marketing tools you…

What Are Your Three Client Issues?4 min read

When you first meet with a new prospective client, what do you say? Some talk all about their services and…

Article #7 of the 12 Ps Series. Read #6 on “Your Step-by-Step Marketing Plan.” One of my favorite metaphors for…

Ross Blake, a client of mine in New York State, is having pretty amazing results every time he gives a…

Where Should You Focus Your Marketing Efforts?7 min read

Tom was frozen in his marketing.  After he'd left the corporate world about three years ago and started his own…

There are a lot of ways to market your professional services and more of them are being promoted every day.… 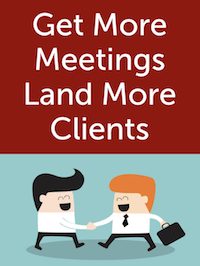